How it all Began

The Gloucester Gordon League was launched on the 5th of December 1885. It was founded in common with many other. Gordon Boys Clubs throughout Britain, as a living memory to General Charles Gordon, who died when the besieged city of Khartoum fell to the fanatical followers of Muhammad Ahmed, The Mahdi. 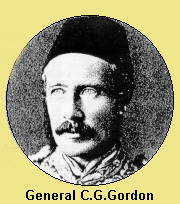 Local Government’s initial enthiusiasm for the Gordon Youth movement soon waned, possibly due to the political in-fighting over the Khartoum Affair, and they withdrew their financial backing. Many of the clubs were forced to disband, but in the City of Gloucester, thanks to the intervention of a remarkable woman this was not the case. Miss Agnes Jane Waddy, believed to be a volunteer tea lady in the early days of the club, simply took control and enlisted the support of local businesses and individuals to save the club.

In 1888 Miss Waddy and a young assistant named Ernest Browning founded The Gordon League Rugby Football Club as an integral part of the existing Boys Club. The ‘League’ played it’s first match in the September of that year, beating Barton Rangers by one try and one minor to one minor. Young Ernest scored that winning try and went on to serve the Club as a player and as an official for a total of 59 years.

Our club has since been well served by very many members in the best ‘Browning’ tradition but, had it not abeen for a frail Victorian Lady who refused to abandon an ideal, The Gloucester Gordon League Rugby Football Club would have never existed.